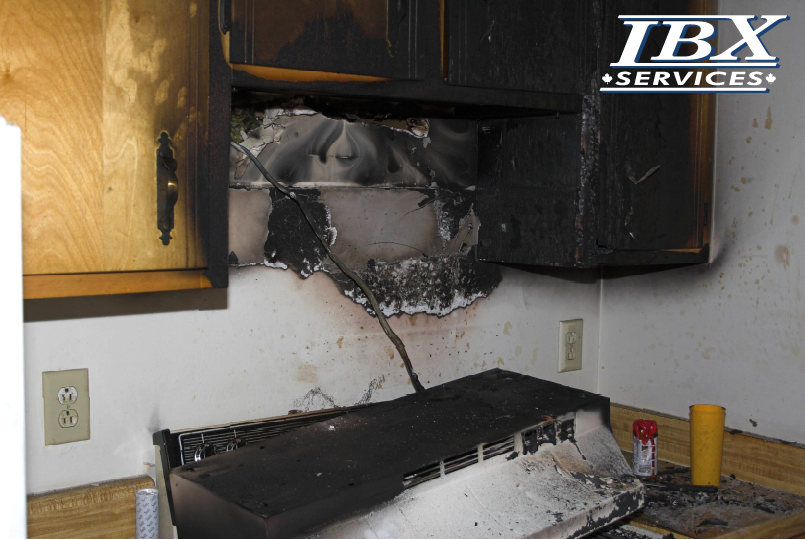 After any fire, particularly an oil or grease-based fire, even a small one, there is almost always smoke damage to the walls and ceilings of the building. Thankfully, in many cases, when smoke damage is limited, you can often clean up the damage so that there will be little to no sign of the fire. To help you out, we’ve assembled a list of 5 tips so that you know how to clean up smoke damage:

Smoke Damage Restoration Tip #1: Make Sure the Building is Safe

It may be tempting to get right to work on the smoke damage clean up right away after a blaze. After all, the longer the smoke damage is left to set into the building, the more difficult it will be to remove. However, it is important to make sure that the fire that caused the smoke damage in the first place is well and truly out.

After a blaze, if the Fire Department was called in, wait for a firefighter to give you the okay to move back into the building. If the blaze was small enough to handle on your own, ensure that the source of the fire is completely extinguished, and that there are no embers that could re-ignite. It does little good to begin cleaning up the smoke damage from one fire if another one starts.

As with any cleanup process that involves contact with chemicals, it is a good idea to wear appropriate protection. This goes double for dealing with the soot left by a fire. As you clean up the smoke damage, soot particles may be released into the air, where it can irritate your eyes and skin, or even be inhaled, triggering asthmatic attacks. Sometimes, the chemicals used in smoke damage remediation can be just as hazardous to your health as the soot and smoke from the fire itself.

To limit your exposure to toxic substances and prevent potential problems, it is a good idea to wear:

Wearing the appropriate protective wear will help you avoid injury while you work to remove the smoke stains from the building.

Tip #3: Start as soon as Possible

The more time that soot and smoke damage is allowed to set, the harder it will be to clean out once you start the smoke damage restoration process. If smoke damage is left untreated for long enough, the soot stains may become permanent.

Also, the unpleasant odor emitted by soot is an indication that you are breathing in soot particles, which could be harmful to you and others, triggering asthma-like symptoms. For people who already suffer from respiratory problems, the soot particles can cause a full-blown asthmatic attack. The sooner the leftover soot and smoke damage is cleaned up, the less risk of health complications that you have to face.

Once it is safe to do so, go to the building’s HVAC system and turn it off to prevent spreading more smoke and soot particles through the building. The sooner this is done, the less chance there is of the damage being spread throughout the building.

After the HVAC is shut off, then you can get to work on opening the buildings’ windows and doors to carry odorous soot particles away from the building and providing much-needed ventilation. Once your smoke damage cleanup is finished, don’t forget to change the air filters on your HVAC system.

Soot particles are toxic and should not be ingested. After a fire, any food that was exposed directly to the smoke from the flame should be thrown out. If it was in an open container, it definitely has to go. Check the contents of the cupboards and the fridge as well. If the seal of the fridge is damaged, then smoke may have been able to get inside and cause damage to the contents of the refrigerator.

One mistake that many people make is to assume that canned goods are “safe” from the effects of a fire. However, when a can of food is exposed to extreme heat, bacteria in the can may become active and begin growing unseen in the can. Because of this, any canned food that is directly exposed to the heat of a fire should be disposed of rather than be salvaged for future use.

If you are in doubt about whether or not a particular piece of food is safe to eat, throw it out. Your health is worth more than a cut of steak or a can of green beans.
[table id=2 /]