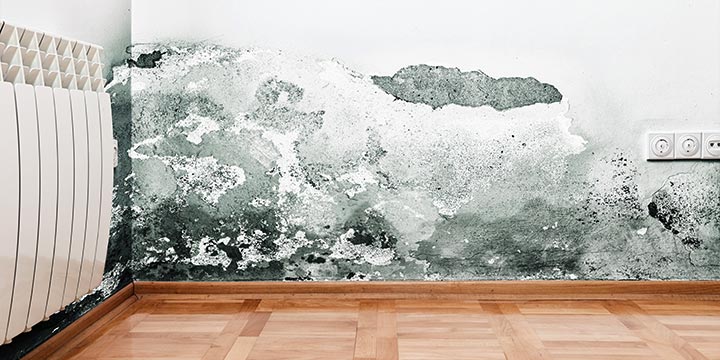 The Dangers of Mould and Mildew in your Home or Office

No matter who you are, or where you live, everyone needs to reduce the amount of mould and mildew in the air they are breathing in. If you smell a musty odor in your home or workplace, there is a good chance that it is probably mould or mildew.

Of course, if you actually see mould in your home or office, then you know you have a problem. The bad news is, most of the toxic mould floating around in our air is actually invisible to the naked eye, but still may be seriously affecting your health.

Ancient oriental medicine tells us that clean, fresh air, is one of the most important components of not only physical, but also mental health. Simply put, without clean air, the body cannot function properly. When the body is not functioning properly, the mind cannot function with ease and clarity.

The word disease literally means, “dis-ease,” or being in a place where the body is not at ease. Without oxygen, we cannot live. With unclean air, we may be able to sustain ourselves, but we will not be at ease, or free of disease.

This is one of the reasons why the presence of mould and mildew in our indoor air has been clinically associated with more than just allergic reactions. Some studies show a link between airborne mould spores and depression, and even death! [1]

Many similar studies have shown that the average human being breathes in an incredibly high amount of toxins from environmental air. In fact, with each breath, we take in more toxic substances and less of the vital oxygen that we need, than ever before.

Mould & Mildew: Where Does it Lurk?

Most moulds are microscopic fungi that grow on a host surface, like a loaf of bread or a musty, kitchen cabinet. The green mould you see on an old loaf of bread is not one mould, but is actually clusters of hundreds of connected networks of mould.

Each mould spore clusters together using tiny, tubular arms to create a singular organism, commonly referred to as a cluster. This clustered type of mould is visible.

But, high amounts of “un-clustered” microscopic individual mould spores are often moving through our airspace. These spores are completely invisible to the human eye. For this reason, mould and mildew can be hard to spot, and therefore even harder to get rid of. Although a small amount of mould and mildew won’t hurt most of us, it begins to become a big problem when the mould spores get out of hand. When quantity does get out of hand, or when individuals who are highly sensitive to toxic mould, breathe it in, it can present a serious health hazard. Mould and mildew are known to cause respiratory problems, common allergic reaction symptoms, nervous-system disorders and depression.

In particular, there are certain types of moulds that produce what are called mycotoxins [2]. These moulds are particularly dangerous and create a toxic breathing environment for you, your children and your pets. Studies have shown that breathing in large amounts of these mycotoxins can impair the entire human system, and can even lead to death.

Toxic Mould: How It Survives

Mould lives off of any organic matter and loves a warm, humid environment. This includes your leather jacket, a peach, old newspapers, bathroom walls, windowsills, ceilings, and wall-paper. Most often, mildew, which is a form of mould or fungus, infests our living or workspaces when there is a high level of moisture, like a musty basement or a shower wall. It comes in through our walls, windows, doors, carpets, or under the refrigerator.

Mould spores can also be carried in on our clothing, shoes, pets and our bodies. Doctors warn against breathing in mould over long periods of time. Often times, our homes and offices are infested with toxic mould and mildew. And, because it can hide in cracks in our walls, as well as other invisible places, most of us are unaware that we are being exposed to the extremely harmful effects.

Today, mould growth in homes and places of work is more of a health issue than we may think. So it’s important that you recognize the symptoms of mould in your home, and take steps to protect yourself and your family.