During his visit to Canada, the Minister of State for Diaspora, Mr. Pandeli Majko did not hesitate to visit the successful entrepreneurs IBX Services and Tiron Contracting, which are run by Albanian businessmen.

Mr. Majko visited the premises and offices of two companies, located in Toronto.

With a 19-year experience and a staff of about 200 employees, IBX Services is a Canadian market leader company specializing in the restoration of buildings affected by floods, fires, mold cleaning, and Tiron Contracting a prestigious company that has designed and built landmarks in Toronto, New York and beyond. This company carries out its activity in the field of restoration and design of lobbies, indoor facilities, of buildings and corporations in the Canadian state. 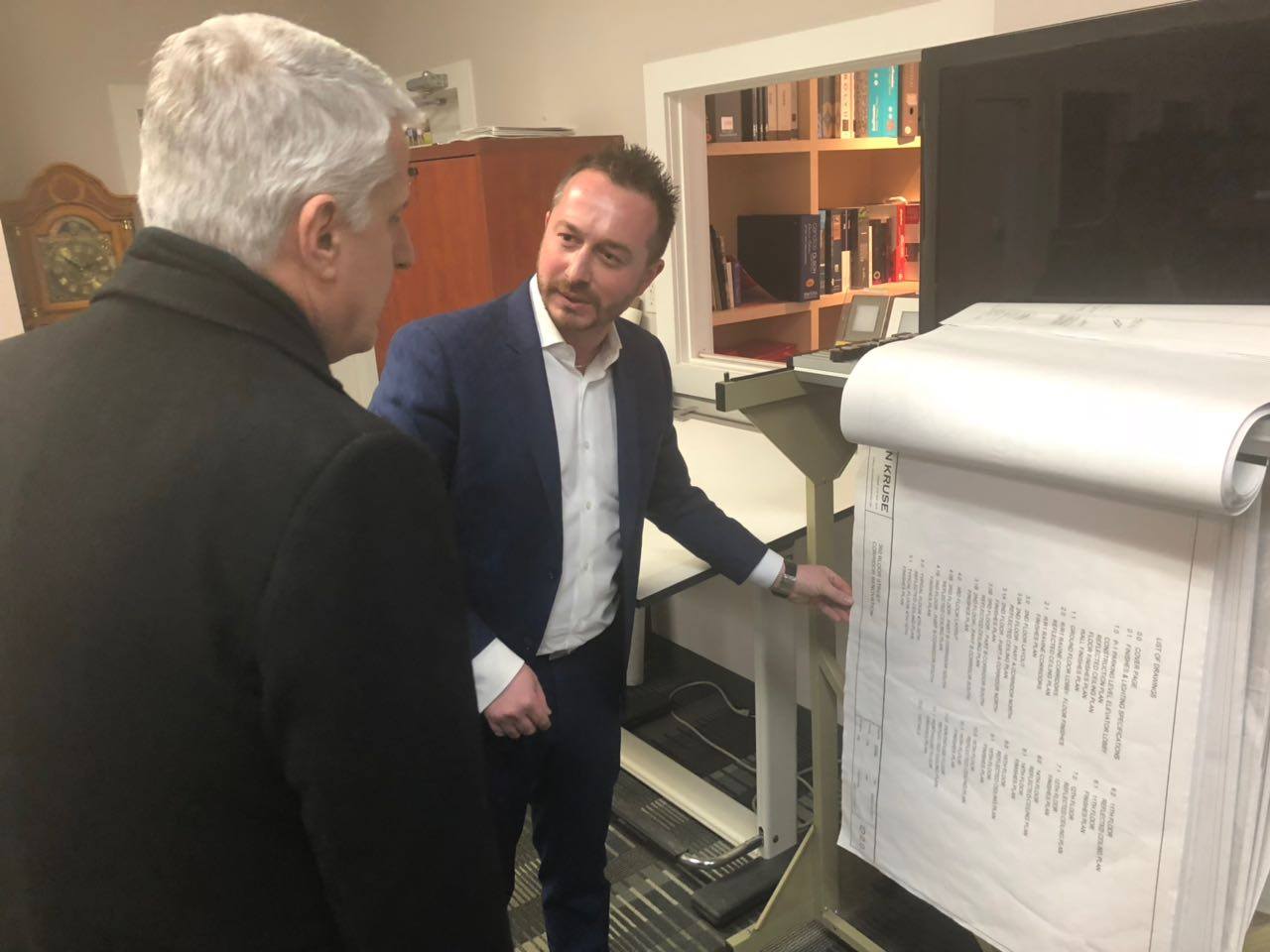 Albanian Diaspora Minister praised the achievements of Albanian businessmen, saying their skills have overcome any barriers, turning into a precious asset of Canadian and Albanian society.

During his visit to the premises of IBX Services, Minister Majko was accompanied by the Ambassador of Albania to Canada, Mr. Ermal Muça, who has shown in a few cases his interest and support for Albanians living in the Canadian state.

Read the news in albanian at Dualajm.com