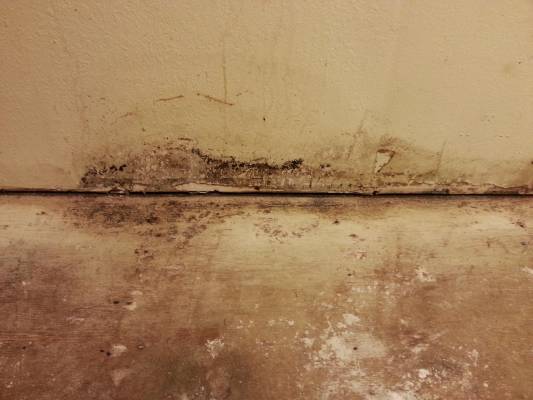 According to many people and websites, bleach is a great way to remove mould from your home, but the mould remediation industry has a different story: True or false?

Why not to use bleach: It is not recommended to use bleach in attempt to kill mould, as it is not an acceptable form of remediation. The reason for this is that common household bleach is 98% water and 2% chlorine. It is true that chlorine will kill mould but you would need to use industrial strength chlorine which is highly toxic and would be more dangerous than the mould itself! Additionally, chlorine evaporates at a faster rate than water which means if you use common household bleach you are adding water to a surface which is mouldy and providing exactly what it needs to survive. If the area is not dry when the bleach evaporates, or moisture is still in the contaminated area you could actually re-start mould growth! Basically, bleaching a mouldy surface whitens the mould and makes it harder to see, it doesn’t kill it! This is because the ionic structure of bleach prevents chlorine from penetrating into porous materials such as drywall and wood – it just stays on the outside surface, whereas mould has enzyme roots growing inside the porous materials. Unfortunately, the water easily penetrates and actually FEEDS the mould -this is why a few days later you will notice darker, more concentrated mould growing on the previously bleached area. Mould remediation involves the need to disinfect wood and wood-based building materials, all of which are porous materials. Thus, chlorine bleach should not be used in mould remediation.

Effectively killing mould: Mould must be killed at its “roots”. A better alternative to bleach is a peroxide based product specifically formulated to kill mould. Though many materials can be cleaned and treated some porous materials (such as drywall) are often beyond cleaning and will need to be removed. Please give us a call and a qualified technician will assist you in getting on the right track to safe and effective mould remediation.

Why proper remediation is crucial: The EPA (Environmental Protection Agency) warns, “Moulds have the potential to cause health problems. Moulds produce allergens (substances that can cause allergic reactions), irritants, and in some cases, potentially toxic substances (mycotoxins).” The most common health problem is an allergic reaction. Other problems are respiratory and/or immune system responses including respiratory symptoms, respiratory infections, and asthma. Severe reactions are rare but possible. A person’s reaction to mould depends on their sensitivity and other health conditions, the amount of mould present, length of exposure and the type of mould.
Bottom line, if you have a mould problem it needs to be dealt with properly!  Give us a call or go to our website. Looking forward to restoring the health of your home!

Causes of mold in Toronto houses